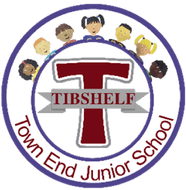 Next week, our School Council will be selling items to help raise money for the Royal British Legion. There will be a number of items available and the children will have the opportunity to give donations for these during break time every day.

Thank you for your support.

© 2022 Town End Junior School.
Our school website, mobile app and podcasts are created using School Jotter, a Webanywhere product. [Administer Site]
We use cookies to provide you with the best experience on our website. Read our Privacy Policy to find out more.